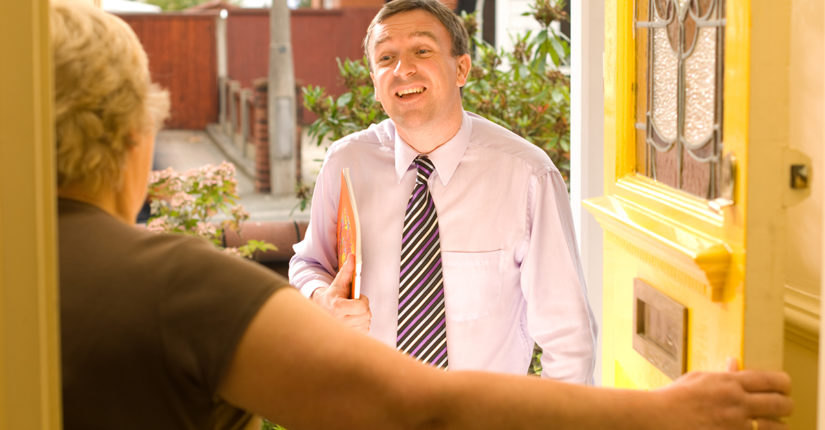 “Abuse.” “Dishonest.” “Fraud.” “Racketeering“.
These are the type of words you’d expect to see used to describe an organized crime family, not a company claiming to provide clean, renewable energy.

We’d like to tell you this is an isolated incident. But sadly, there are a growing number of scams coming out of the world of solar panel sales. Forged signatures and unlawful access to credit reports may just be the tip of the iceberg when it comes to solar panel scams.

How solar panel scams play out

You’re at home one day when a salesman knocks on your door. But he claims that what he’s selling – solar panels – won’t actually cost you any money.

Solar panels, he says, will pay for themselves. In fact, you might even make money. All you have to do is sign his tablet. And while it may not seem like it, you’ve become the target of a solar panel scam.

It might be that he’s signed you up for a contract you don’t need or want or added a neighbor or relative’s name to the contract.

And with your forged signature, solar companies will sometimes pull your credit report without your consent, a violation of the federal Fair Credit Reporting Act.

The rise of solar energy scams

In New Mexico, the state accused Vivint Solar of using deceptive business practices by tying consumers into 20-year contracts that forced them to buy the electricity produced by the panels at exorbitant rates.

The attorney general said the company’s sale model allowed its workers to overstate how much consumers could save by going solar. Some people were told they could see their energy bills cut in half by going with Vivint Solar.

And it’s not just Vivint.  The Better Business Bureau processed dozens of complaints in New Jersey alone over the past few years. They came from customers who say they were misled by solar companies about things like their ability to cancel contracts and the amount of money they could save.

Good questions to ask before signing a solar contract

Flitter Milz, P.C. is a consumer protection law firm that has pursued matters for consumers around the country against solar panel companies fraudulent sales tactics. Whether a solar panel company has forged your signature, wasn’t upfront about the terms of its contract, or obtained your credit report without your permission, we can provide a legal evaluation at no cost. Contact us today to learn more.